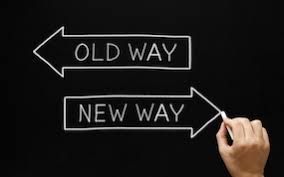 The specific purpose of this discussion, started two months ago and continued last month, is to stimulate change through understanding.  Healthcare, to change, can no longer be 99% dominated by one ideology.  The consumers in the healthcare industry must be the ones to demand change, and so they must understand the other major health philosophy and why it is built around the synergistic principle that the body heals itself.  Health is the means, not the end.  As it has classically been said in the chiropractic profession, the body does not need much help to be well, just no interference to its function; to the “doctor inside” that simply needs the chance to work optimally.

There are millions and counting who have experienced the freedom of this philosophical realization, the healthy lifestyle that embraces the innate intelligence of the human body and trusts its wisdom, respectfully demanding an active role from each individual in eliminating destructive habits in favor of constructive ones.  In every walk of life, there is a high value on the whole being greater than the sum of its parts, or synergy, one of the core aspects of any peak performing system, be it in business, politics, family units, etc.  When that same synergy for health is valued and personal responsibility for achieving it is accepted, lives change.

Health, if redefined around interconnectivity (the relationship of the parts to the whole), shifts its focus to intervention or symptom treatment being the last resort instead of the first through tenth options.  Presently, holistic practices are positioned as the Hail Mary approach after repeated traditional medical failure.  Imagine if such holistic last resorts as Upper Cervical Care – which embraces the scientific hallmarks of finding repeatable objective patterns and correcting their structural/neurological cause (at the foundational area where the head and neck meet to protect the master control center of the body, the brainstem) – were near first in line to help sick people get well, or as often or greater, to help well people stay healthy.  When such imagination becomes reality, that is when the path to true healthcare reform can begin.

If only it were that simple.  The holistic philosophy written about here, which seeks to harness the inborn wisdom of the body (i.e. “the doctor inside”) to its maximum capability by removing nutritional, structural, chemical, psychological, and neurological variables, makes all the sense in the world to those ready to learn about it, but it is for most on the opposite pole of what they have been taught about healthcare by a system that defines down health, focused as it is primarily on disease and treating symptoms.  Not knowing is the enemy of progress; awareness is the cure.

The “doctor inside” is the organizer of the coordinated functions in the human body, one of the premier manifestations of natural law.  It need not be taken at faith value[i], as biological science provides all the evidence one could ever need to confirm the validity of it.  Those who enjoy a glass or two of red wine, for instance, may know that its benefits are derived from its hormone-releasing effects on the brain and from its anti-oxidant (anti-deteriorating) properties, despite that it is also inherently full of toxins that can harm the body.  For better or worse, the adaptative balancing act stimulated by red wine consumption evidences the body’s inborn wisdom at work, but the people must disconnect from the Medtrix (i.e. allow separation from the conventional, pharmaceutically-driven mindset) long enough to accept the evidence they ask for.

Ponder this hypothetical comparative analysis: a person was asked to assess the difference between an ocean and a pond and was given the statistical variance of their respective sizes – four million gallons of water in the pond vs. 343 billion gallons of water in the ocean.  It is an enormous difference, the ocean so much greater than the pond that it almost seems comical to compare them.  Yet, imagine that the person, when asked to conclude which was larger, said without hesitation, “the pond,” having already made up their mind based on past education and assumption, unwilling to see beyond them.

Proof, then, is as much based on the belief system of the person to whom it is presented.  That examples of innate intelligence, scientifically observed in nature and the human body, vastly outnumber what has been learned through scientific experimentation is a valid point only to the extent that someone is willing to accept it.  Give credit where due, of course, to the researchers who discover something like the presence of the anti-oxidant in red wine (a pond-sized achievement), but give infinitely more credit to the “doctor inside” that determines its use while simultaneously sorting out the toxicity dynamic as part of its tried and true process (comparatively, the ocean).

As the conclusion of this series approaches, understand that a philosophy is not invalid because the masses do not readily acknowledge it any more than a philosophy is valid because the masses do readily acknowledge it; there can be no philosophical monopolization of healthcare for that reason.  Truly, the job of the “doctor inside” remains the same either way, to organize / adapt as best it can using what it has to work with.  The philosophical distinction is important because the current “health” care system ignores the bigness of the fellow within[ii] (the “doctor inside”) in favor of its limited knowledge, repeatedly getting in nature’s way; conversely, the other school of thought’s primary objective is to get out of nature’s way.

[i] Reggie Gold’s Triune of Life